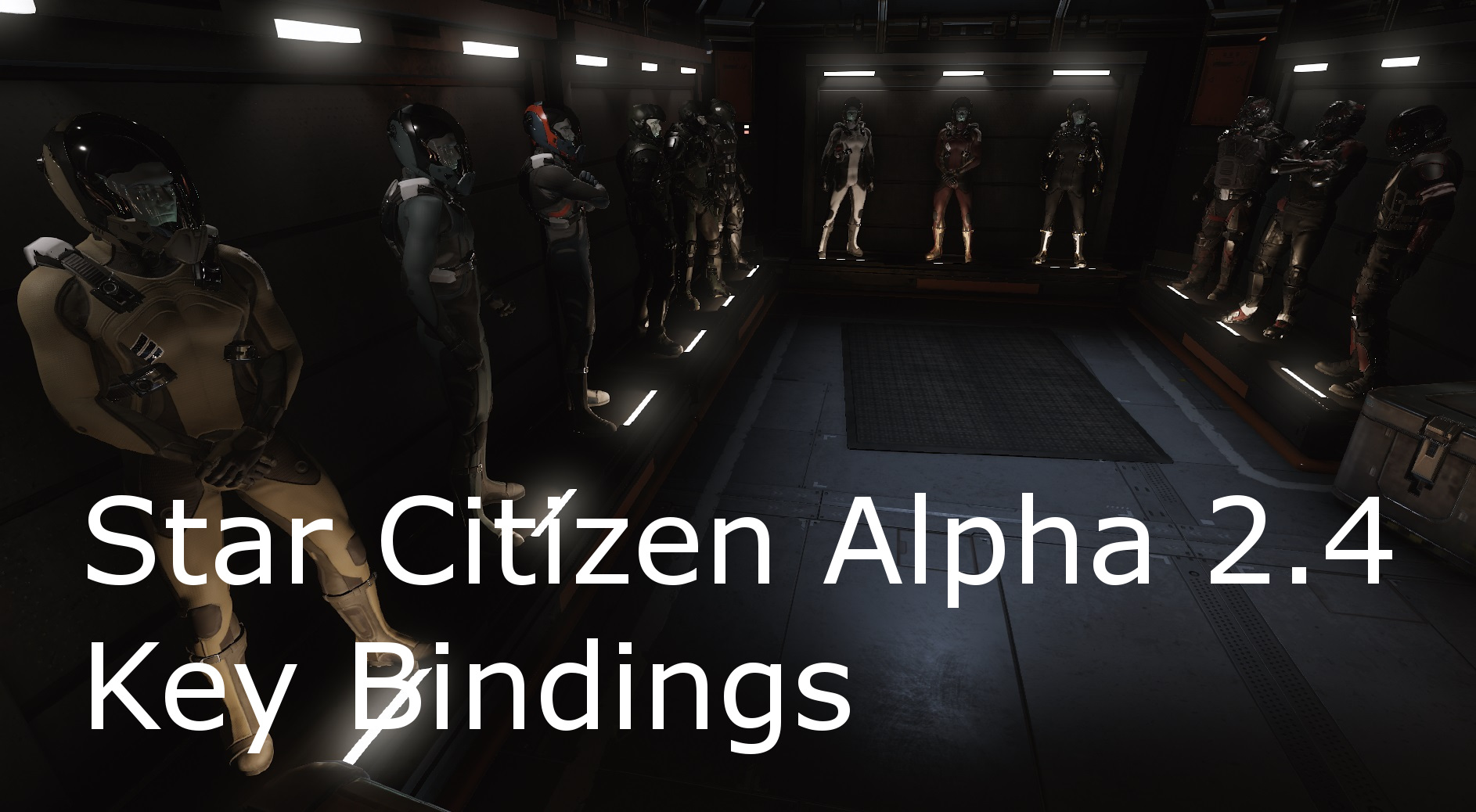 Star Citizen Alpha 2.4 is now LIVE and and with persistence comes changes to the key bindings. Alpha 2.4 brings with it a new item port system for loading your hangar with ships and hangar flair as well as configuring your ship loadouts on the Port Olisar landing pads.

The key bindings (controls & commands) have been radically altered for this patch with many keys changing for flight, on foot and EVA.

All key settings can be found in game by accessing your options menu and looking for the Key Bindings tab.

Wield Sidearm – 1 (Number 1 on the keyboard)

Know any other useful ones? Please let us know!